Excavating the Space We've Left Behind.

2088, Swing.
With heavy clouds and muddy soil, I go home. When I pull into the driveway, off of Route 890, there are tires over gravel, there is me and there are the cars whispering as they drive by. Here is the house my mother grew up in, here is the house my aunt still lives in. Here lives parts of me as a child in another lifetime, here lives bits and pieces of my family's history. 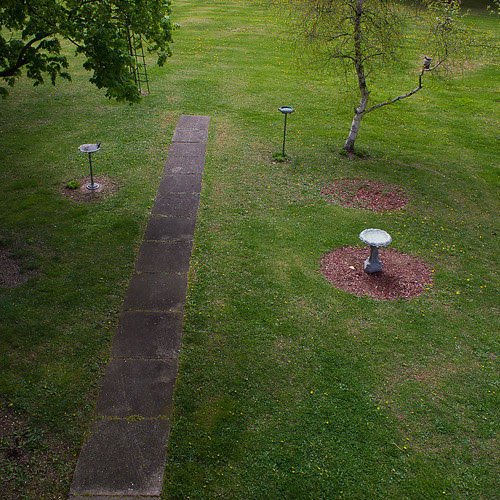 Backyard.
I have wanted to photograph my aunt Cecelia's, my mom's second oldest sister, house for a long time, since I started making pictures.

See, my mom's mom died was my mom was 20 of a heart attack. The details are vague to me, something involving elevator doors opening and closing and one minute being alive and the next not. I have never met my grandmother but the weight of her life and her death have been increasingly apparent to me. My mother marks time with the death of hers; the months before that day in 1978 and the 2-5-10 years after that compose the time line of her life.

Dining Room, Bathroom.
In this house, she, her husband, and her 5 children lived and worked in a space no larger than 900 square feet. My grandfather a dairy farmer, she ran a country store and gas station out of the basement, which still exists in the heavy oak cabinets that now are home to photo albums, Christmas decorations, clothing.

The presence of my family's history is so pervasive in this house that, at times, when I was there on a Sunday in April, I had to close my eyes a few times in order to push it out. Between being offered food ("Are you sure you aren't hungry? We have soup! What about a sandwich? Are you thirsty? Have some iced tea.") and talking about life's details, I took in all of the things that changed since I was young and all of the things that have changed from when my mom was young. The ironing board still comes out of the wall. The bathroom still has that wallpaper in it. The carpet is new, the metal cabinets replaced with a blond wood.

Basement Details.
At six, eight, ten, I was terrified of her basement. It was dark, filled with boxes of stuff and felt seemingly unending. There were doors and hallways to places that I had never been in and the majority of it was lit by one single light bulb, turned on by the pulling of a string.

It hasn't really changed much, except it is notably less terrifying than I thought it to be. It packed full of stuff, more stuff then I remembered. Several lifetimes full of stuff stacked to the ceiling, piled on shelves and arranged haphazardly in those oak cabinets. 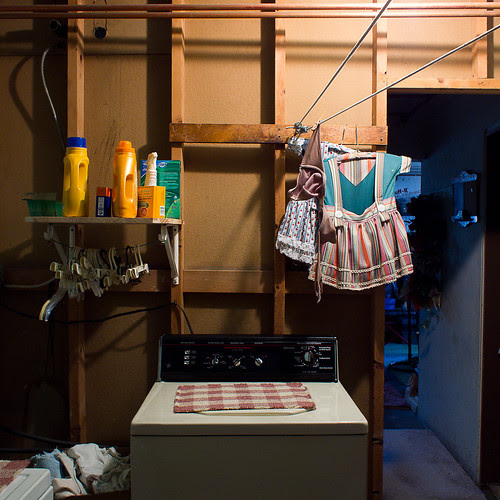 Laundry Room.
The weight of home, of history, of time passing, of silence. I think about the details of my family's life, especially it's women, that I am now just learning, have just learned in the past few months and I am overwhelmed with questions. Who I am, who they were, who they are are intrinsically linked together with laughter and bitterness, in the spaces we keep, in the food we eat, in the shape of our bodies.