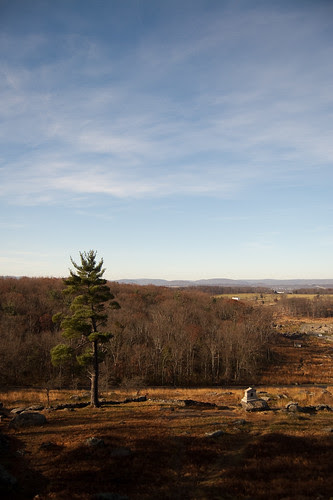 Three of my photographs from the Confessions of an Obsessive Compulsive series will be hanging at climate/gallery's Focal_Resolution-1 show in Long Island City, NY. It opens January 9th. If you are in the area, go and tell me how they look, please. 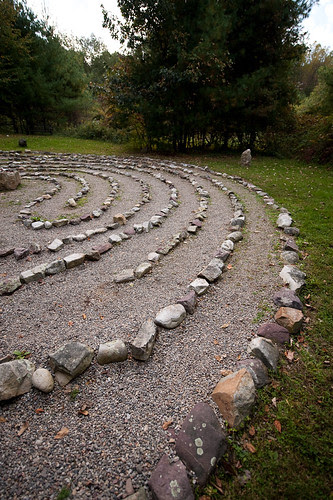 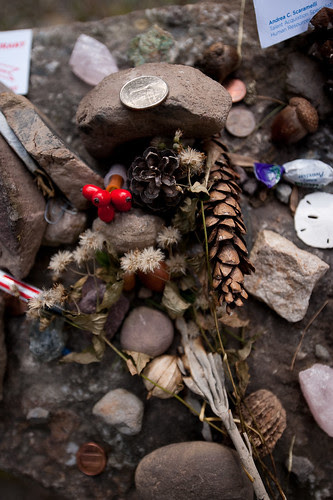 Labyrinth Path, Offerings. Columcille Megalith Park, Bangor PA.
Columcille Megalith Park is a beautiful, spiritual place up the road about an hour or so in Bangor. Nestled along a local, tared and chipped road, it is a place of mediation and silence. That fall day when A. and I visited was warm and sunny, the air sharp. I was taken with it's meandering paths along the woods and the texture of stones. My favorite part of the park was the labyrinth and it's center. There, when you reached the inside of it, was a rock covered with bits and pieces visitors had left behind as an offering, a thank you. 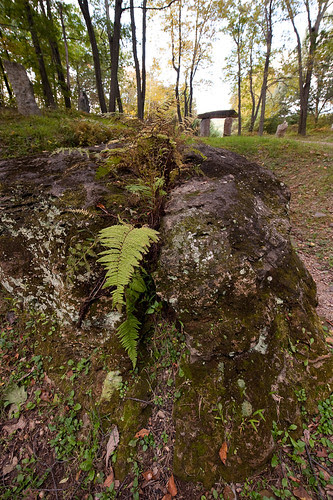 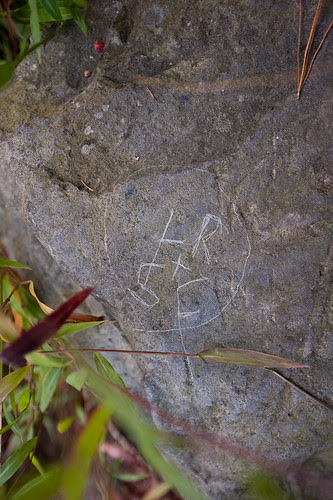 I long for the warmth and the sun from that day. January's thin air and heavy cold has settled into the earth and I am perpetually chasing the chill away with thick socks, sweatshirts, and big cups of tea. 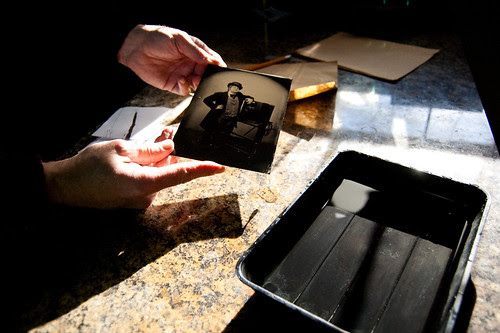 The medium of photgraphy is so intrinsically linked to the transformation of subject and the manipulation of reality. I have spent my adult life clinging to a camera, my eye searching and searching for photographs of places and other people that I rarely allow myself to step in front of the camera, to allow myself to be seen in any other way besides what is represented to me in my head. I fear cameras and their steady gaze in the hands of the untrained for fear of seeing myself as I really am, physically.

In November, I had the pleasure of sitting for R.J. Gibson, a photographer working in the tradition of the wet plate process. I knew when I went to his studio I wasn't interested in being photographed as a typical female of the 19th century, not in ballgown nor in day dress. I definately knew that I wanted to be dressed as a male character; originally I figure I would be dressed as a Confederate infantry soldier.

While I know that "reenactment" photographs can conjure up unpleasant associations for a lot of people, Gibson's process of making the photograph for the subject was really incredible to witness. The final portrait is very much a collaborative work. In talking to him, he figured out a way to photograph me as my 19th century alter in a way that was both fun and thoughtful. After telling him that I was a photographer, he felt it would be better to dress me up as a photographer from the 1800's. I got to pose next to a gorgeous piece of photographic history, an 8x10 wooden view camera with original lenses, constructed around 1865. The photograph it's self had an exposure of about 14 seconds. I could blink and breathe but my eyes could not move. It was strange to stand in front of a camera lens and be photographed for a full 14 seconds. While my mind was totally blank while standing in front of the camera, I couldn't help but wonder if, somehow, 14 seconds could somehow capture something more than 1/30 of a second could.