Crack of the Bat. 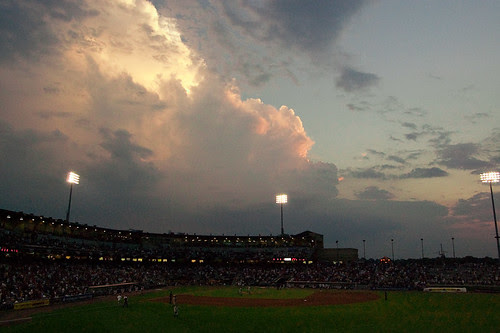 Thunderhead Over the Bottom of the 5th.
Iron Pigs' Game at Coca-Cola Park. Allentown PA.

Baseball has become the only reason I turn on the TV lately. Everything that makes baseball, baseball makes me inexplicably happy. The chatters, the field, the ritual, the sounds, the idle time between plays.

Of Making Pictures: Then, Now, Here, There. 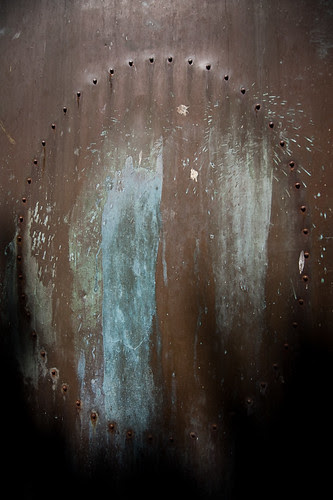 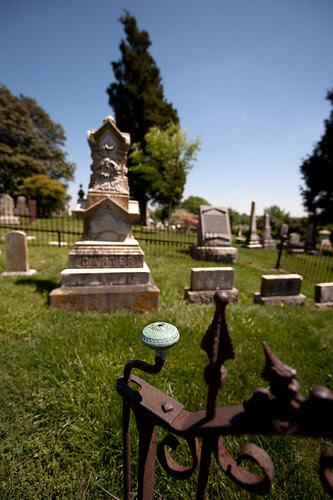 My thoughts on picture-making have shifted greatly over the last 12 months or so. School taught me to think about picture-making as a means to communicate some greater truth about your subject and relate to greater social issues. Coming home and working in a environment that is about picture making in another way, a way born solely out of aesthetic has made me re-evaluate what it means to pick up a camera. I work among those* who's main purpose in making pictures is to make them fit into a mold of what pictures are "supposed" to be. It's rare that I see a picture come through the lab that isn't a take on some other example of what good photography is suppose to be. Macro shots of flowers, pseudo fashion shots, moody pictures of architectural and industrial decay, highly edited wedding shots are all common in my workplace and it's hard, sometimes, to not roll my eyes while adding two points of density and hitting enter to move on to the next order.

And it's not that either camp is particularly bad (although I do have trouble letting go of the high-art/important notions I learned in school, as in I try not to scoff at fluffy pictures of flowers and babies), but both camps have their place and merit.

Personally, I struggle with both of them. The high art camp takes things too seriously and thinks too much; the suppose-to camp doesn't think enough. I'd like to straddle the line between the two, making photos that are highly pleasing to the eyeball (trying to, at least) and making photos that are compelling to think about. Though, making work at all is challenge for me lately.

The camera I shot with in North Carolina was a beast of a high end DSLR that was as satisfying to shoot with as a Hasselblad.** The body substantial and the lens crisp, the photos I took there are gorgeous but without much brains. I chalk this up to the novelty of the camera and the lens, because it's hard for the novelty of a 14mm lens to wear off. I'd like to be able to reconcile this at a later date and blend the two ideas together.

I have also been more concerned with documenting my experience of life, no matter how minuscule. More than anything, pictures of my friends, family, and the beauty I see in the mundane details of living seem much more important and precedent than discussing some universal truth through photographs. I think that I am getting back to the reasons I picked up a camera and fell in love with picture-making in the first place.

*Though I am not saying they are bad at what they do, because they aren't. I just can't do photography that way. Also, most of them are making money from their work and I am not. In fact, none of my work has been even seen all that much with exception of here and my website.

On my drive down, I couldn't help but noticed the abundance of fantastic looking trees that populated the highway sides. My mouth slightly ajar, my foot heavy on the gas pedal my stomach empty and my bladder full, I wasn't really up for doing sight seeing or slowing down to look at stuff. So I pushed on, well above the speed limit to get to my destination in a timely manner. 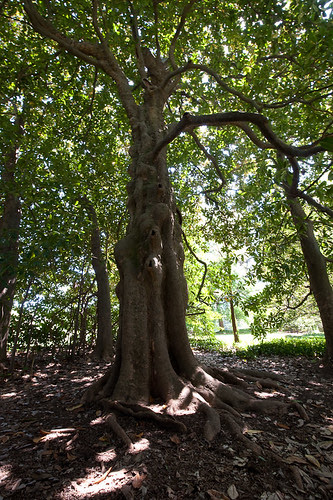 That is, until I saw a magnolia tree. I unfortunately missed the blossoming of the trees probably by about 2 weeks (too early) but until I went to North Carolina, I had never seen a fully matured one in person. I am perpetually dumbfounded by these ancient trees when I ever I see them. Their leaves are fat and waxy and the branches are elegant. I felt this stupid sense of wonder when I zoomed by one on the highway, my breath sharp in the back of my throat. I probably would've about died if they were in bloom when I was down there. 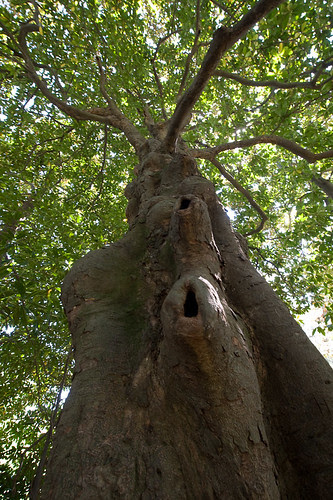 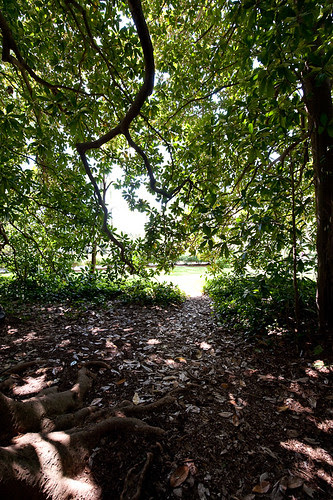 This particular magnolia tree was in the front yard of Reynolda, R.J. Reynolds' Estate. I wanted to stay underneath the big, winding branches and the fat leaves and read and stay cool. I wanted to give that massive trunk a hug just because it existed and I couldn't get my arms around it if I tried. I collected about a dozen of their seed pods to bring home with me. 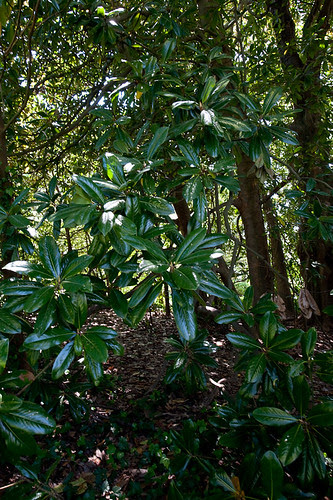 Magnolia. Such a lovely word, too. I'd like one day to have a magnolia tree in my front yard.

Secretly, I have always wanted to be a Southerner, one who is born from the South. Sadly, I was born above the Mason-Dixon line and don't get to have such an honor but I figure I can always visit. Or live there as my stupid hopeful plans go for the next year or so. When I set out last Thursday for a 8 hour drive to Winston-Salem North Carolina, the sun was bright and the weather forecast was promising for the trip: 85 degree weather with clear skies. Car packed, lunch waiting for 1pm, plenty of liquids and music, I headed west on I-78 over dry asphalt and then south on I-81.

The camera I brought with me was a rental from a work, a Nikon D3 with a massive 14-24mm lens. It is a bulky and heavy set-up and though I was tempted to shoot on the way down through my car window, careening into the side of one of the many tractor trailers that I was traveling with wasn't exactly appealing. Which is why there are no photographs until I actually got to North Carolina.

That said, crossing the Mason-Dixon line was strange and anti-climatic. It is marked mostly by the Mason-Dixon Auto Auction, the Mason-Dixon Road and a rectangular green sign, posted on either sides of the highway. While I have been south before in my life, I was less cognizant of the impact of that line and when I did finally cross it for the first time in my adult life, the impact was underwhelming. The changes in the land didn't come until I was well into West Virigina and even then they were subtle; from the change in land use by the sides of the highway (rolling, wide fields versus rocky, steep pastures) to the blue highway signs advertising fast food (Wendys' versus Bo'jangles) were the only indicators that I was below the line of demarcation between North and South.