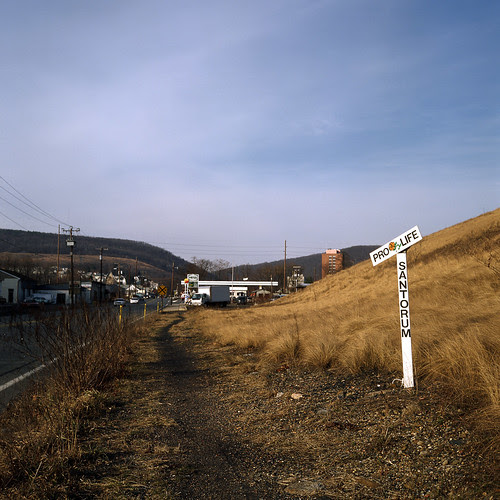 Sometimes, I Like to Pretend I am Alec Soth.

Sleeping by the Strippings. Williamstown, PA. 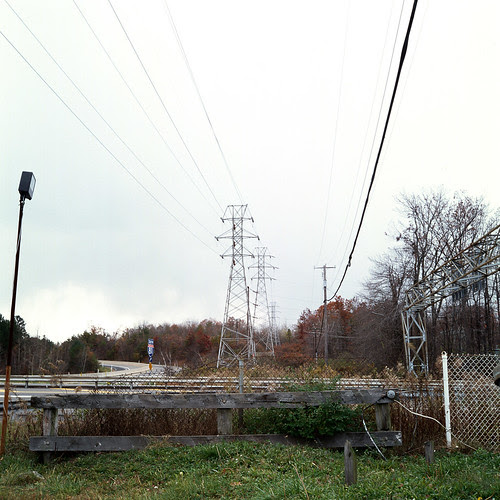 Routes 61 & 81. Frackville Pa. 2006.
For whatever reason, I have always really loved this photograph. The original chrome, however, was not well exposed (it was probably over about 1.5 stops) and when I first scanned it, it was hard to do much with it and get it to look the way I wanted it to. My photo editing skills have increased ten fold since I made the picture and I was thrilled to be able to clean it up and make the picture look like it should. The sky isn't quite what it needs to be but for now, I can live with that. 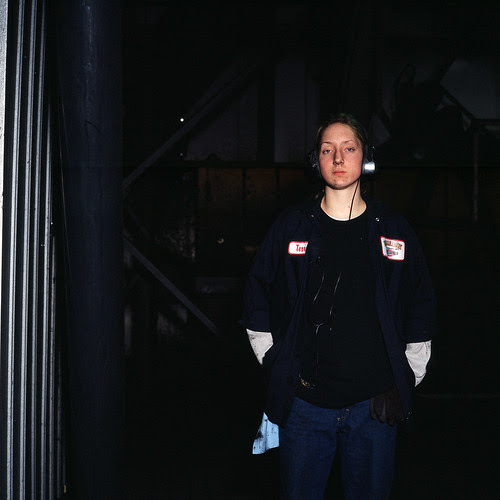 I was always really hesitant to use the handful of photographs I took of people while I was photographing. The portraits I made, I always felt, weren't right, weren't quite good enough, didn't fit in with the images I was working with. To this day, I look at this picture and I go "I took that?!". 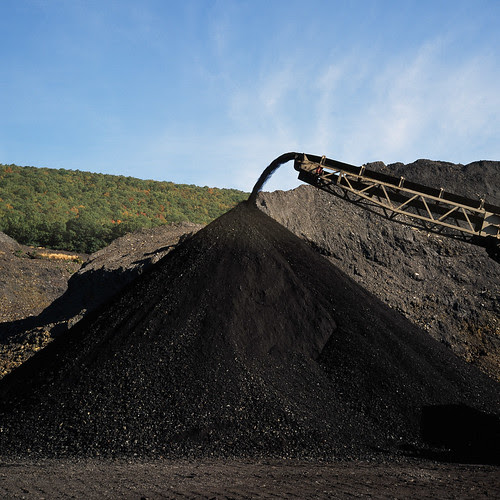 On Recent and Not-so-Recent Personal History. 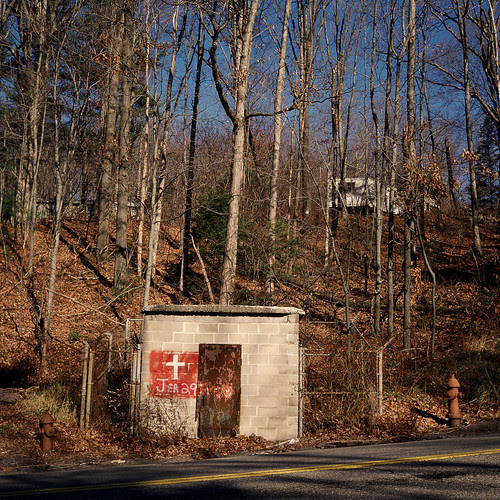 Jer 29, Outside of Hometown, PA. 2007.
When I wake up in the morning, it is easy for me to forget about the time that I spent frantically, obsessively, and joyously making photographs for an audience. Then, I could hardly wait 7 whole days before coming home to photograph, to leave behind grades and work and school and bills and do nothing but make the photographs I wanted to make. Now, I swim, I shower, I eat breakfast, I drive to work, I work, I come home, I eat, and I go to bed. Somewhere in there, I spend time with my girlfriend, read books about things that matter to me, go to the library, do volunteer work and somehow, find meaning in who I am and what I am doing. I rarely spend time making new work and go months between picking up a camera to make new images. Then, the meaning that I need to have in my life was so ever present on a daily and on-going basis, I had little time to breathe, to think, to just exist. Now, I force myself to find it and the time between making pictures is long and punctuated. Moving forward (as I seem to need to always do), I hope to somehow find a balance between the two. 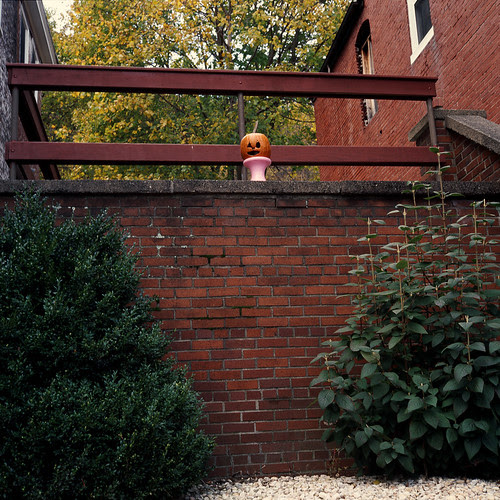 Jack O' Lantern. Pottsville, Pa. 2006.
Before stepping forward, however, I have wanted to turn my eye towards the past, towards the family I came from, the person I was and photographs I made when I was that person in order to figure out who I am today, who I am working towards becoming. There are gaps for me, in my personal past, that I cannot recall. There are months from college and the year that followed that I can't conjure up no matter how I try; I am missing pieces of my memory as it has been erased by anxiety, truncated by depression.

I have spent the last month scanning, cleaning up and correcting images that I had made during my time photographing in the coal region. My neg binder from that time period is overstuffed with chromes of varying degrees of exposure (good, bad, in between) and images that I had long forgotten about. Editing them and paring them down so quickly in school did not allow me time to live with many of them, to think about them. I made the decisions about those images so quickly that the edit became the entirety of the project and the other images that were taken with them had been forgotten about until recently. 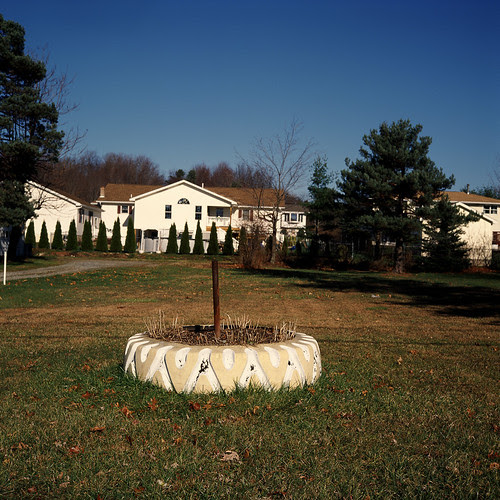 Landscaping. Hometown, PA. 2007.
Going through the images and seeing them again for the first time in well over 3 years brought me back to those places. Those moments in and around the shutter opening and closing were present for me so suddenly and vividly. It conjured up all of the thoughts and sensory input that are linked to those places and I remembered why I started making those images, started exploring that place to begin with.